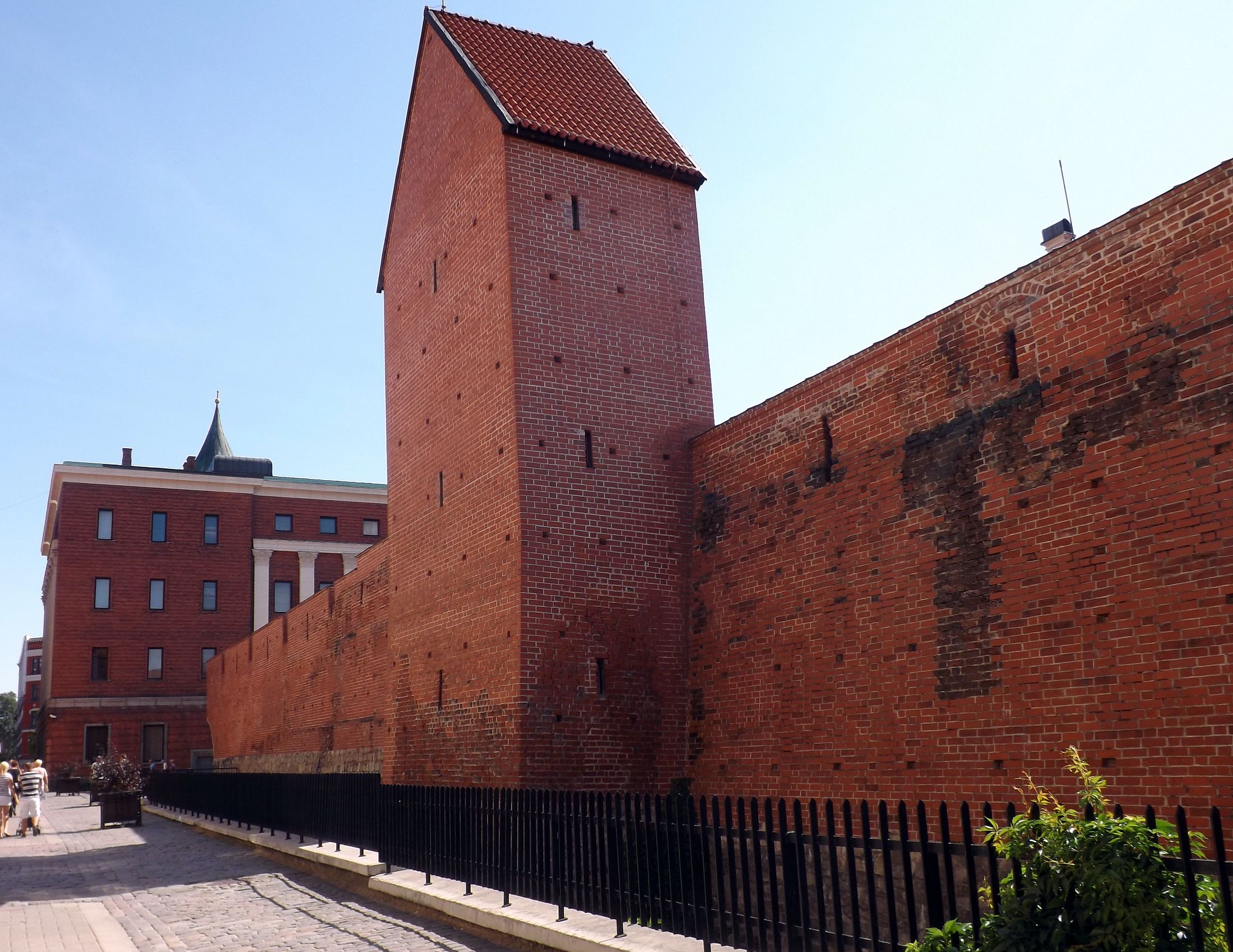 By the end of 17th century 200 cannons protected Riga from the city fortifications. Their weight ranged from 100 kg to 10 tons. Old masters cannons were not just the defensive units but also true works of art. The secrets of building cannons were held in strict confidence and were passed down from father to son. Only the richest cities could afford to hold so many cannons. Each cannon had its own name. Citizens were well aware of their cannons and recognized them by their “voice” during the shooting. After they were decommissioned the cannons were buried vertically into the ground at the corner of the gates.

The first defensive walls of the ancient city were simple - a deep ditch followed by high rampart with a fence driven into its top. Such fortifications were built quickly during a few weeks. German crusaders - founders of modern Riga - in the early 13th century occupied the next neighbourhood - the Dole Island, Salaspils and Ikshkile where dolomite was quarried. Later wooden walls were replaced by dolomite walls brought from these quarries. You’re now standing in front of the restored fragment of the city wall with the Ramer tower. Here you can see how due to numerous fires, floods and wars the level of Riga streets are raised.

The 16th century brought great changes to the architecture and the life of citizens. In the early 16th century the firearm appeared, and city fortifications lost their original meaning, as the guns began to fire with more accuracy. Therefore to enhance the fortifications, the height of the walls was increased in the middle of the 16th century. On the top of the walls shooting galleries and cannon platforms were added. At the same time the towers and gates were strengthened. In addition, further ditches were dug in front of the city walls. The re-enforced rampart stood between 8 and 11 meters high.

The space between the bastions in the protective ditch was filled by reinforced triangular islands - revelins. Wood bridges connected the revelins and this was the only way to access the city inside the walls. When later the wall lost its military significance, city inhabitants began to attach their homes to the both sides of the wall.

Ramer tower was restored in 1913 and was completely freed from adjoined buildings in the 1971. The tower was almost completely hidden under centuries of debris, so the decision was taken to dig a few meters down the trench, which would expose the towers full size.   The tower is built on 2-meter long and 30 centimeters thick pine tree piles. The wall and the tower were reconstructed in 1987. Like in ancient times its lower part was covered by light-gray dolomite, and the top part - by red bricks.

On the opposite side of the Tornia (towers) street are three identical buildings - The Jacob’s Barracks, which were built in the 18th century at the foot of the rampart. Today the yellow building with red tile roof is one of the most striking historical buildings in Old Riga.