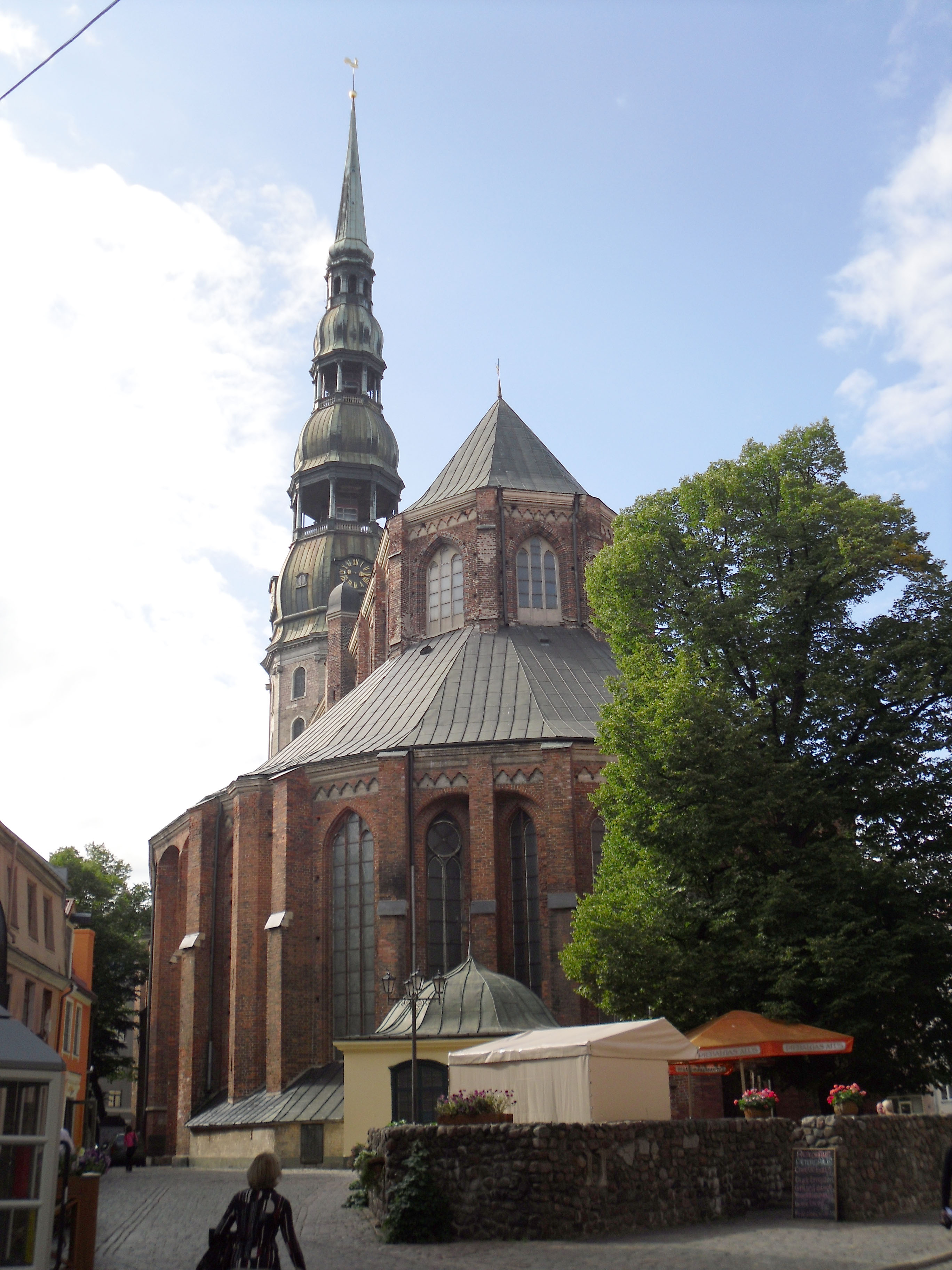 After the Soviet era, when the ecclesia of the church was dismissed, it was reassembled but the building itself is still used as an exhibition hall.

Riga was one of the first cities that adopted the Christian doctrine of Martin Luther - Lutheranism. He personally directed his writings here producing ardent followers. In 1524 a crowd destroyed everything that was associated with Catholicism. A second wave of demolitions started in Riga in 1584 when the Polish rule in Riga ordered introduction of the Gregorian calendar. This was the beginning of the so-called Calendar Riot.

The Church of St. Peter was struck by lightning six times. They say Peter the Great himself risked his life extinguishing fire in the year 1721. When World War 2 arrived in Riga in 1941, the tower was severely damaged by fire.  In 1977 the last restoration of St Peter’s Church was finished, and the tower has survived intact since. Galleries and showrooms were build and a viewing platform at 97 meters which is still open, giving visitors a panoramic view of the city.

The Cock at the height of 123 meters dominants the skyline of the Old City. The cock on the spire of the tower had a practical purpose in the ancient times serving as a pointer to show the wind direction. That was very important for Riga as a port city, because the right wind meant a lot of sailing vessels and trade. For this reason all churches located near to the Daugava are adorned with roosters.

As a tradition, every time the tower of the Church of Peter was restored, the chief builder had to sit on the back of the cock at the end of the works and empty a glass of wine, throwing it on the ground. There was a belief as many pieces of glass it will split into is equal to the number of years the tower will stand for! So in 1746 a master Johann Wuellbern was sitting on the cock’s back. He emptied glass of wine and threw it, but the glass hit a passing wagon of hay and did not break. Everyone concluded the tower will not stand for a long time. But as the time showed, one should not always believe the superstition! Because that tower stood for 200 years, and burned on June 29, 1941 - exactly on the day of St. Peter. In 1970, the head of restoration works threw a glass of champagne for the last time, sitting on the back of the rooster on the newly rebuilt tower, and the glass shattered into countless pieces. But maybe there is no use for accounting, how many years will the new tower stay?..

The golden Rooster on the St. Peter Church weighs 158 kilograms, its 2 meters long and 1.5 meters high. The rooster and the ball underneath are made of copper sheet coated with the finest gold plates. In the last restoration 140 grams of gold were used.