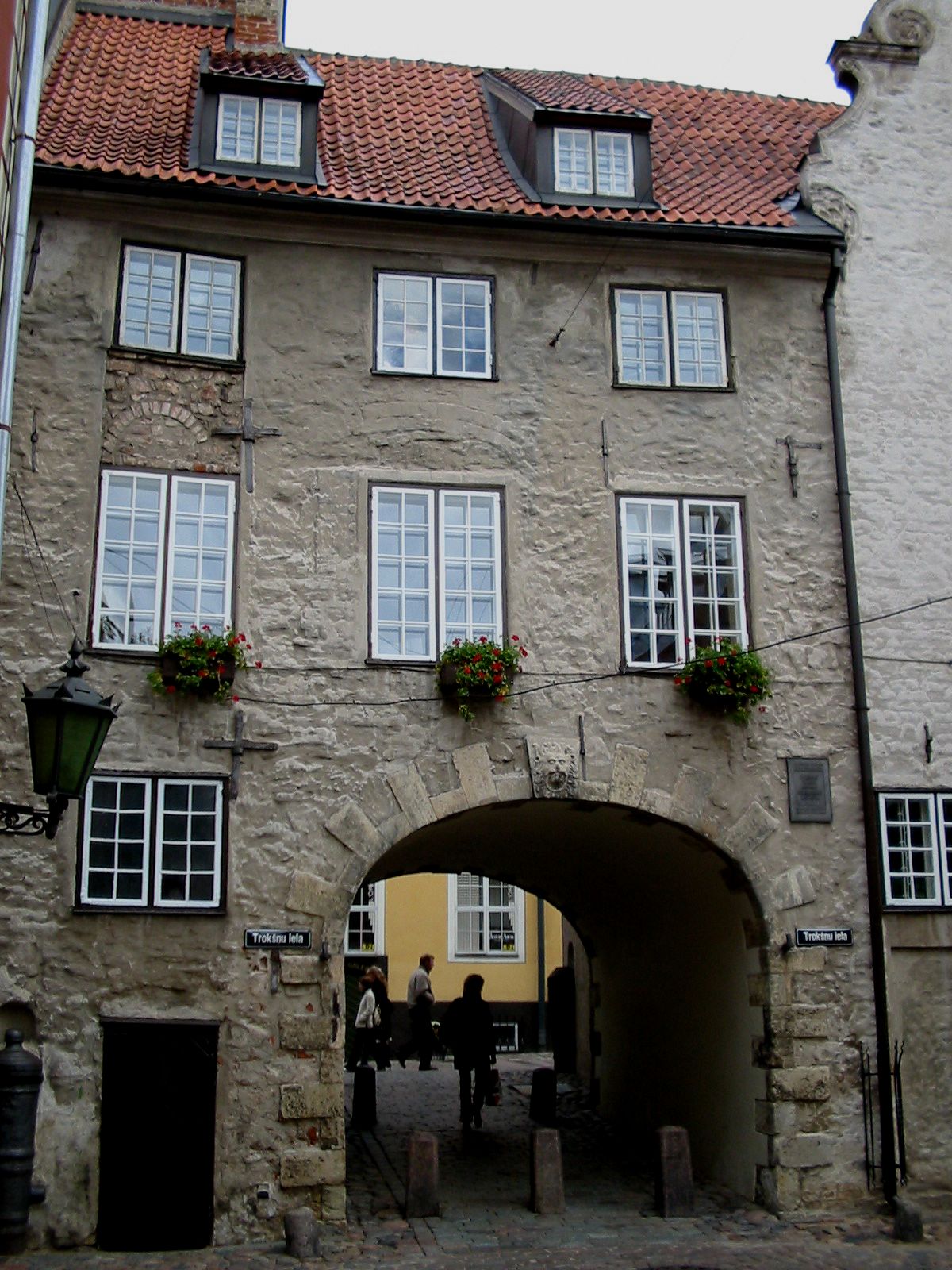 During Swedish times Riga got the Swedish Gate, the building at 11. Tornia (towers) street. In 1698 the lockable gate was constructed on an existed house. It connected the houses and barracks from to the outside part of the wall with the inner city.
They say, the trader who owned this house was tired of paying a fee for the transportation of goods through the city gates, so he decided to make his own gate by breaking through the wall in his own house. After that, the merchant could collect his own fees for the use of gate.

Along the Wall inside the City limits lies Trokshniu (noisy) street. Please look down the cobbled street made of stones of different sizes. Initially, the streets in Riga were laid with wooden beams but it was rather difficult for people to move on them in the wet weather. So the magistrate decided that everyone who wanted to enter the city had to bring with him two cobblestones. Later these stones were used to pave the streets of Riga.

The guard at the gate would ask newcomers: “Who are you? Where are you going? Who do you come to? “What will you do in Riga?” Such strictness was necessary to guard Riga from becoming a worldwide shelter for vagrants and beggars.

Like other city gates, Swedish Gate opened at sunrise and closed after sundown.
They say, a young girl from Riga city fell in love with a dashing Swedish soldier who was on duty near the Swedish Gate. Despite the fact that townswomen were strictly prohibited to meet with soldiers, the lovers started dating here secretly. When their illegal affair was discovered the angry people of Riga caught the poor girl and sealed her in the wall. They say, even now at midnight near the Swedish Gate an unhappy voice whispering “I love him!” can be heard. But only those who are able to love selflessly can hear this whisper.

As time passed, space became a premium within the city walls and new buildings would encroach on the streets, making them narrower.  Also before the decision to pave the ground was made, the residents of Riga threw trash on to the streets out of their windows. You can imagine how difficult it was to move in the city. To improve the situation, the streets were planked. And the residents moving on the narrow walkways had to give way to each other. Particular problems rose with respected ladies in their lavish gowns. Of course each of the ladies felt that no one has to give a way. However when two ladies met, no one ever wanted to be the first one to give a way. In the end the magistrate issued a decree ordering to the younger lady to make way for the elder one. It is easy to imagine how polite the ladies became, meeting each other on the narrow streets of Riga.