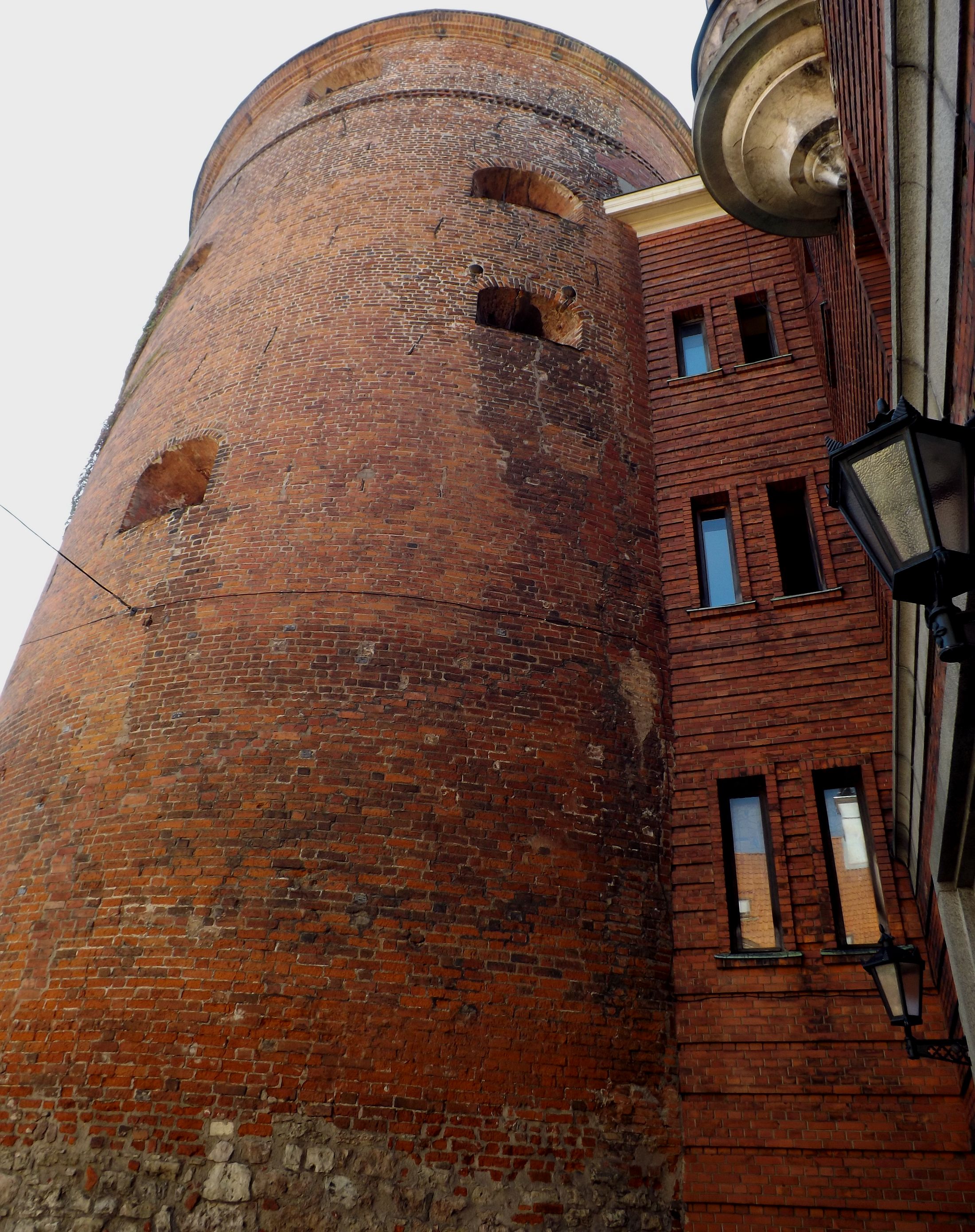 The place where the Powder Tower stands can be called the heart of Riga. 1000 years ago it was where an ancient wooden castle stood. Later in the 13th century - in the lower reaches of Riga - Bishops castle and the castle of the Sword-bearers were built, and this is when Riga first appeared in the chronicles mentioned as a city.  When the powder tower was built, it was the largest tower of the city wall, guarding Riga peninsula. For many years the defenders of Riga stood here on duty starring into the night, manning the big guns.

Ancient Riga was a typical medieval town. The layout of the streets has not changed since the 13th century, and some streets retrace the channel of Riga river which would occasionally flow into the Daugava river near the old port. The city wall was built in the 13th century along Riga River, enclosing the peninsula from every side. If you, for example, stand with your face to the Powder Tower, you will be able to trace the river’s flow. It flowed from the right of you, where Torniu (tower’s) street is, and skirting the Powder Tower it ran down the Meistaru (master’s) street.

The Sand or the Powder Tower as it became known later was one of the most important defence buildings in Riga, because it protected the main overland route - the Sandy Road. Later when Riga city built a protective wall, because of the development of military technology, it has become necessary to improve and to strengthen it. The magistrate declared that all Riga inhabitants must make donations to upgrade and maintain the wall. At a distance of 100 meters from each - other round, semi-circular and rectangular towers were built. 28 separate towers were mentioned in documents from the 16th century. However only two of them remain: the Powder Tower and Ramer’s tower which you can see passing down Torniu Street on the right side of the Powder Tower.

The Powder Tower first appeared in records in 1330 when it was known as Sand Tower.  However the tower was largely destroyed by the Swedes in 1621, only the basement was left. The Powder Tower was re-built in 30 years and is what stands now. Invaders fire could not damage the tower, and you can still see stone and iron balls embedded on the outside wall of the tower, a result of the 17th century Northern War.

Later the Powder Tower lost its military value. In the late 19th century extensive reconstruction work on of the Powder Tower was carried out. A new peaked roof was added, just like the engravings of the 17th century. The earlier opened rear end of the tower was also sealed. Thanks to the modifications the tower acquired a neo-gothic form.

In the late 19th century the Powder Tower was leased by the Riga German students’ union RUBONIA. The annual rent defined by the city was only 1 rouble.

The last major reconstruction of the Powder tower was carried out after the World War I, when it became the military museum. In 1939 the premises of the museum were expanded due to the new building construction at the rear of the tower.