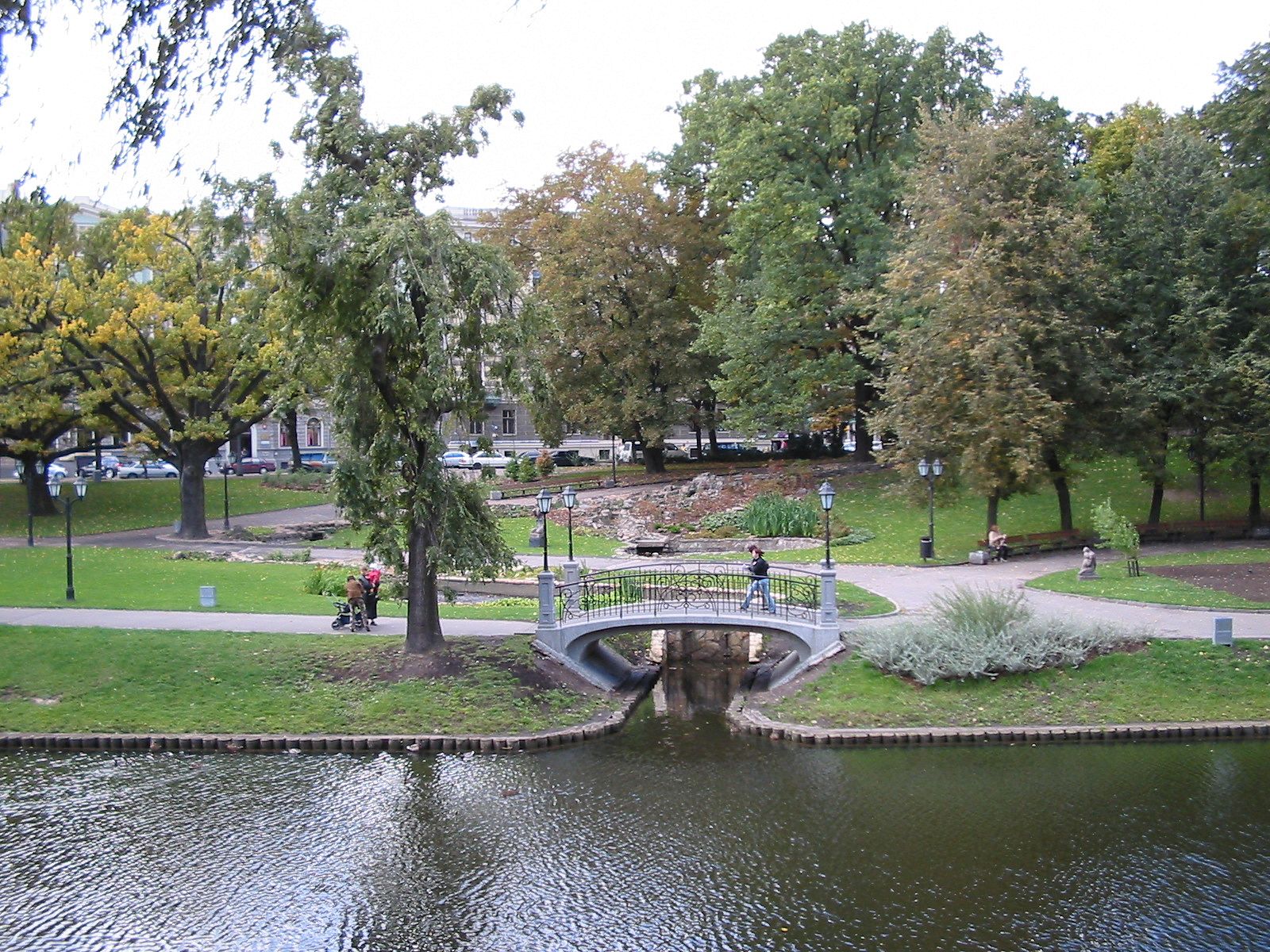 If you look straight ahead, you will see the Bastion Hill, north-east from the Freedom Monument, on the nearest side of the Riga channel. A thousand years ago, not far from this place the Riga River flowed, and different tribes lived on its banks. The river gave the name to the city situated on its banks, but there are several theories what the word Riga actually means.

One theory is that it came from the word “ringa” from Ku:rsh, which means “to spin”. Because the river made a bend here, near the Bastion Hill.

According to another one it comes from the Livonian words “riga” which means rye. The Riga River was also called “the rye way” as the locals drove the grain from their fields in the East for sale in the Daugava port.  Or maybe from the Low German word “die Rige” - ditch, trench, channel. Or from the Old Slavic  “Ryiga” - estuary, marsh...

In the 17th century between Boulevard of Siegfried Anna Meieroviñ and Rainis Boulevard, the 90-meter channel and the city defensive walls were extended. Riga was one of the most secured cities in the Baltic Sea region, the largest city in the Kingdom of Sweden including Stockholm. Riga had the privilege of being represented in the coat of arms on the crown of King of Sweden.

After the Crimean War in the 19th century fortifications lost their military importance, when modern guns began to fire with more accuracy and destructive power. Therefore, in 1857 Riga Magistrate decided to tear down the protective walls around the city of Riga. This was completed in 5 years and in its place the 15-meter artificial hill was erected; that is now Bastion Hill. In the late 19th century stone gardens were added along with streams, waterfalls and the rock garden.

Make sure you pay close attention to the bridge on the right where hundreds of locks are connected to the handrails. At this point in 1883, at the request of residents, a wooden pedestrian bridge was built. After 9 years it was replaced by a stone bridge. At that time, Riga Society of Bird breeding presented the city two pairs of swans and built them the house.
A small bridge at Bastion Hill is a vivid example of wedding tradition in Riga: The new couple, as a symbol of eternal love and life, fixes a lock with the engraved names of the lovers on the bridge railing. Today Bastion Hill has become one of the favourite places for meetings and walks in Riga.

The “Canal regatta” has become a standing tradition, a show of extraordinary water vehicles. Regattas in the city canal are made to refresh everyday office workers life, transferring them from their office chairs into plastic basins or other improvised rafts, which then compete against each other, racing from the bridge near the Opera to the Bastion Hill or in the opposite direction. It doesn’t matter who comes first or last - everybody gets a prize! Usually the “Canal regatta” turns into a joyful occasion for accidental observers, because there are various contests, concerts, attractions, and other entertainment events are organized on both sides of the canal.